But that won't change anything at all

Deputy head of Zelensky's presidential office, Igor Zhovkva, made a statement in the style of a “cry of a tortured soul”: “(Ukraine is told that) you are not members ( NATO) because we don't want you. NATO tells us that it won't give us anything.”

For a split second, I even felt somewhat offended for NATO. Is it possible to say so, dear Igor Ivanovich? Is a weapon worth billions of dollars, from your point of view, “nothing”? 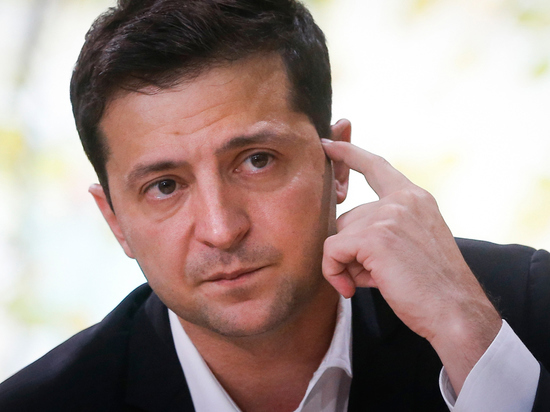 But then I remembered the recent revelations of the Spanish Foreign Minister about the prospects for Kyiv joining the alliance (“This is not being discussed. This has never been on the negotiating table. It is not being discussed even now”), and I was struck by the realization: Igor Zhovkva is absolutely right. NATO wants Ukraine to continue to remain where it is now – in the role of a “gladiator in the arena of the Colosseum”, a fighter whom the audience (full members of the alliance) cheers in every possible way, but whom no one is going to join.

Is it gratifying that Zelensky's presidential team saw the world as it really is? If it is encouraging, then not very much. Igor Zhovkva's statement was clearly made with an eye to shame NATO (naive! He has not yet realized that this is impossible in principle): they say, we shed blood for you! Do you sit in the bushes? Come on out!

In addition, drawing some thoughtful conclusions based on the public statements of the leaders of Ukraine is, as you know, a very dangerous occupation for one's own psychological health. The lack of consistency and team play is their forte.

Roughly at the same time that Igor Zhovkva was performing his “Lament of Yaroslavna” in an interview with Bloomberg, his boss Volodymyr Zelensky was “singing” a slightly different tune to NATO leaders: “I can say what we need. We need security guarantees. And you must find a place for Ukraine in the common security space.”

Twenty-five again! Vladimir Alexandrovich, please consult with the deputy head of your own office! He, as an experienced person (serving under Yanukovych as the director of a department of the State Investment Agency of Ukraine is a 100% guarantee of rich life experience), understood that NATO guarantees security only to “our own people”, and only “our own people” are given a place in the “common security space”. Please forgive my clumsy humor. Its source and cause is an acute feeling of bitterness.

The recognition of Igor Zhovkva will change absolutely nothing in the future course of events. The real strategy of official Kyiv for the coming months is an attempt to “return the temporarily lost territories by military means” (quote from a statement by a colleague of Igor Zhovkva in the office of President Mikhail Podolyak). But this recognition once again emphasizes the illogicality of the chain of events that began to unwind in Ukraine after the victory of the Maidan.

Why did official Kyiv want to become a member of NATO? If you use the vocabulary of its representatives, then, in order to “guarantee your own security.”

What did official Kyiv's attempts to break into NATO really lead to? To turn Ukraine into a zone of absolute insecurity.

I will not hide it: while studying at the university, logic was one of my most disliked academic disciplines. But it seems that those who ruled (and still rule) the foreign and domestic policy of official Kyiv, starting from 2014, are even worse off than me.

But it’s true, lyrics (or tragedy, to be exact). And here is what the West calls hard facts (irrefutable facts).

When the European Union's chief diplomat, Josep Borrell, said this spring that the outcome of the conflict in Ukraine should be decided “on the battlefield,” in Russia this caused a storm of indignation. If I recall correctly, then Borrell was then declared the king of the cynics.

But now Belgian Prime Minister Alexander de Croo has said exactly the same thing: “I spoke with President Zelensky, it is important to continue communicating with him. We stressed that (this conflict) can only be won on the battlefield.”

And even the most vehement critics of the West in Russia did not arouse much emotion. Why? Because everyone got used to it, everyone reconciled it, everyone realized: Borrell told the unbearable, albeit very painful, but at the same time absolute truth. unbearable and painful truth”? After all, time dulls everything.

What shocked and amazed four months ago is today perceived as the norm (or the norm in quotation marks). I don't think I got excited though. Multiply the old truth from Josep Borrell by the new (or, rather, just realized) truth from Igor Zhovkva, and somewhat forgotten emotions will begin to pulsate with renewed vigor. It is good that in official Kyiv, at least sometimes, at least for a short time, they “see the light”. Too bad it doesn't affect anything.